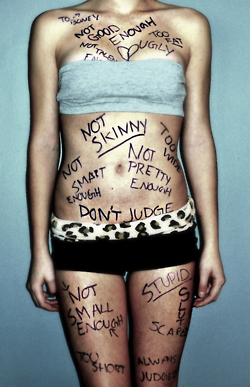 Most of us have heard the terms disordered eating and eating disorder. Are they related? What do they mean? Are they preventable? This blog tackles both of these topics and how to keep yourself on track for healthy eating habits. First, let’s start with disordered eating. Disordered eating is just what it sounds like. If you are guilty of this, these are some of the categories you might fit into- emotional eaters (stress/boredom/fatigue), depressed about food, social anxiety about food, yo-yo dieting, guilt from eating bad, guilt from lack of exercise, orthorexia (obsession with eating healthy), low self-esteem, weight fluctuations. Some of you are probably thinking “I have all of these!” but before you become a hypochondriac, l can assure you we all have had most of these at some point in our lives. I myself am an emotional eater, whenever I have too much free time, or am tired I naturally want unhealthy food in the form of carbohydrates (usually baked goods!!) The good news is, all of these are preventable and should be taken seriously to prevent them from becoming an eating disorder.

Prevention of an eating disorder is the first step (hopefully after you or someone close to you is noticing an unhealthy eating pattern.) Often times the cause of an eating disorder is biological and environmental. I see quite often it is the latter. We live in this culture today, where “thinness” is popular, but quite often too thin can be less healthy than too heavy.. The focus should be on HEALTHY not a particular “look.” Statistically eating disorders affect 1 million males and 4 million females annually. Compared to other diseases, that number is not extremely high but the sad reality is that most people don’t get help and anorexia has the HIGHEST mortality rate of any mental health disease. Education is the key in battling this disease and it is never too early to educate your kids about how different we all are physically (and mentally for that matter), as well as teaching them the basic fundamentals of a healthy diet. In our family, we taught our kids that food is fuel and that certain foods are HEALTHY and that it is ok to indulge from time to time. Eating healthy makes you smarter, gives you more energy, as well as provides the nutrients to help fight disease. I always joke “food is medicine”, but there is a lot of truth in this message. Another way to prevent is to be on the lookout for the following changes in someone- skipping meals more frequently, obsession with healthy eating, not eating in front of anyone, use of dietary supplements, excessive exercise, tooth enamel problems, as well as using the bathroom more frequently after eating.

When it comes to treating an eating disorder the obvious solution is therapy. Quite often, it can be a combination of a Nutritionist and Psychologist or Psychiatrist and sometimes Social Worker. Individual, group, and family therapy as well as support groups, nutritional therapy, and medical therapy with medication are the most common routes people take to battle this disease. This process can be quite lengthy and expensive to find the optimal match, but everyone responds differently to outside help. Gender, age, the cause, and personality of the patient are all different things to factor in deciding the best method to take. Whichever the method you do choose, be patient, stay focused and trust your health care professionals in battling this disease!

Error: (#10) This endpoint requires the 'manage_pages' or 'pages_read_user_content' permission or the 'Page Public Content Access' feature. Refer to https://developers.facebook.com/docs/apps/review/login-permissions#manage-pages and https://developers.facebook.com/docs/apps/review/feature#reference-PAGES_ACCESS for details.
Type: OAuthException
Code: 10
Please refer to our Error Message Reference.